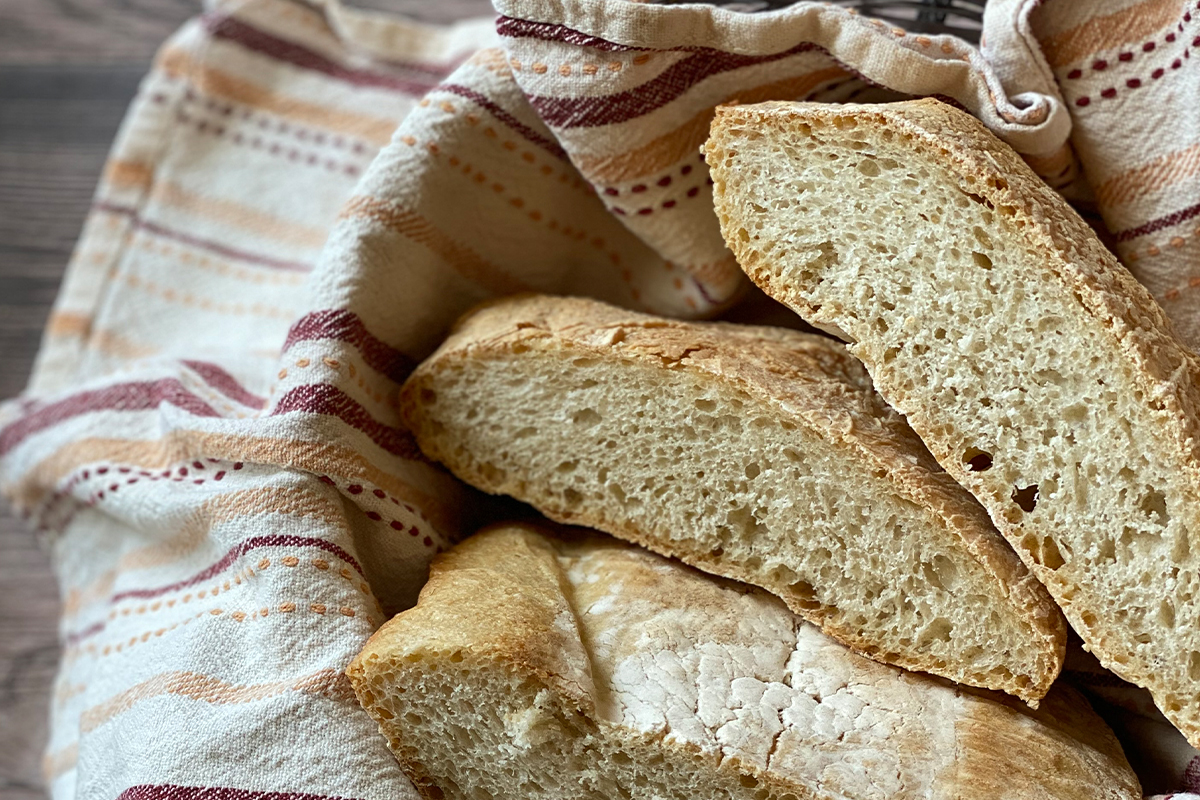 I have officially become a bread baker.

Like everyone else during this crazy time, I have started to bake bread. I’ve baked bread before but it never really was my go-to baking project. I’ve baked challah for many Jewish holidays, made yeasted desserts, and even gone the cinnamon roll route. However, plain old bread never really was a priority.

However, with everyone making bread on Instagram I figured why not jump on the trend. That’s when I ran into a small problem. YEAST! Who knew yeast would be flying off the shelves. Every single supermarket in the area seemed to be sold out. My bread baking hopes quickly went out the window. Luckily, the dream came back to life after my family placed a bulk order with a restaurant wholesaler and guess who had yeast in stock! Not only did they have yeast in stock, but it bulk quantities. Let’s just say I’m good to keep baking bread for a loooooong time.

The first bread I decided to tackle was ciabatta. I’ve never made anything like it before and it required some light research in order to get started. I had to learn all about biga! (So gooooey!) Once the biga research was complete, it seemed pretty straightforward. Time was the only thing that was going to make this complicated. The biga needs 12-16 hours to form, so I am very glad I read the recipe the night before I started making it.

The biga was pretty simple to make. Mix yeast, flour, and water together then cover, and let sit overnight.  The biga then acts as the base for the flour mixture. It then essentially gets added in with more flour, water, and yeast. After that, it is all about kneading and rising, and more kneading and rising.

Once the bread was well-rested and shaped, it was time for the last rise. This rise included putting a little olive oil on the bread and letting it sit under plastic wrap for an hour.

Finally, it was time to go to the oven. I’d recommend using a baking stone to cook this bread. The stone also makes for a strong and crusty texture. You could use a bread pan, but the stone allows the bread to get nice and HOT.

The bread took the whole day to make and about 10 seconds to consume. Highly recommended if you are looking to jump into the bread baking trend! (That is if you can get your hands on some yeast!)