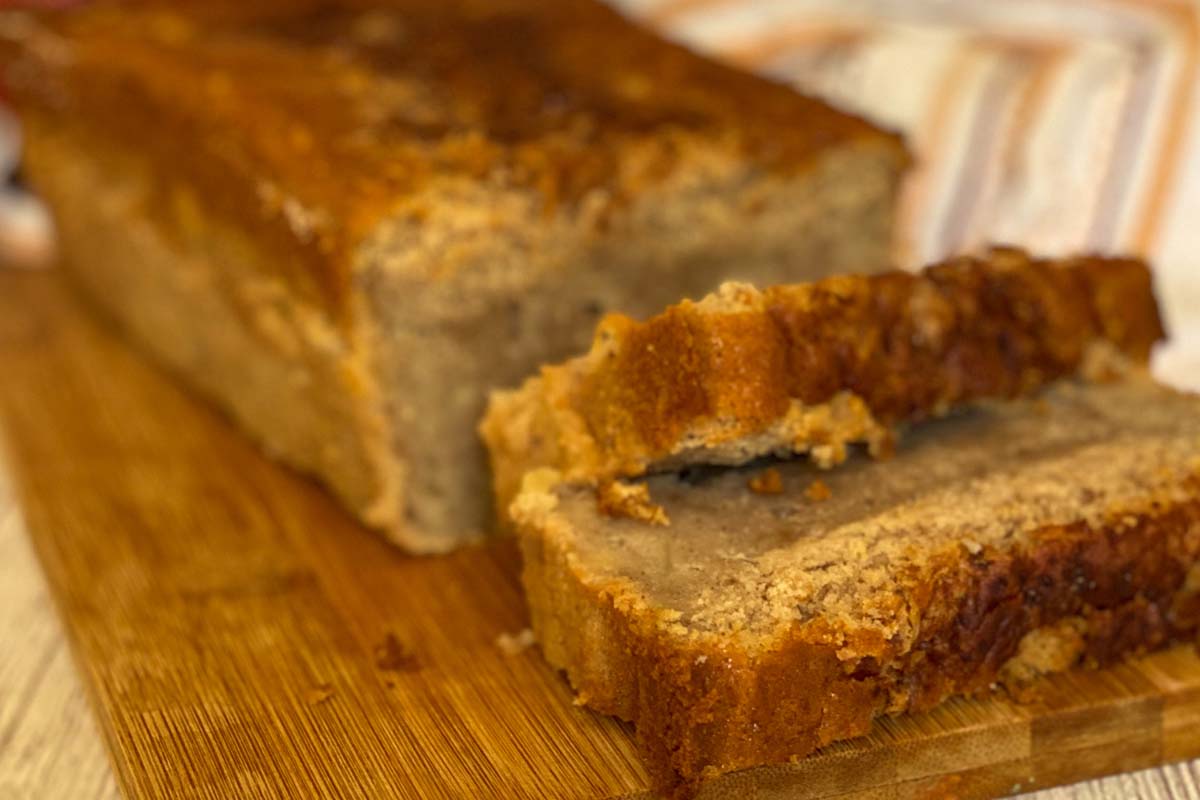 We all know apple cake is good but what about pear cake? Pears tend to get lost in the shuffle in the fall baking season. I am here to change that with this cinnamon pear loaf cake!

Now, I’ll be honest. This loaf cake was originally made with apples and it was great. However, I’ve made countless apple cakes throughout the years and had some pears laying around the house and thought that they would taste great in this batter. Turns out I was right.

The pears seamlessly replace the apples and add such a juicy flavor to the cake. Remind me again why we don’t use pears more often?

Now, this cake is LOADED with pears. If you are a big pear fan, then I would suggest adding in 3 chopped pears as I did. If you like pears but want more of a fluffy cinnamon cake, stick with adding in just 2 pears. The cake will still have a strong pear flavor, they just won’t be the dominating factor in the cake.

Let’s talk about the pear variety. For this cake, I used a combination of Bosc and Bartlett pears. Both of these pears are good for baking. They tend to run sweet and are super soft and juicy. The natural sweetness adds to the flavor of the cake and does not overpower the cinnamon flavor in the loaf.

The cake batter in this recipe is pretty versatile. Like I mentioned above, I first tried it out with apples. If you want to do that as well, just replace the pears with the same amount of fruit. I used Granny Smith apples to keep the cake tart but still sweet.

Check out the full recipe for the pear cinnamon loaf cake below and let me know what you think!

Did you make this recipe?! Let me know and share it on Instagram. Tag @crispcrumble and use the hashtag #crispandcrumble.