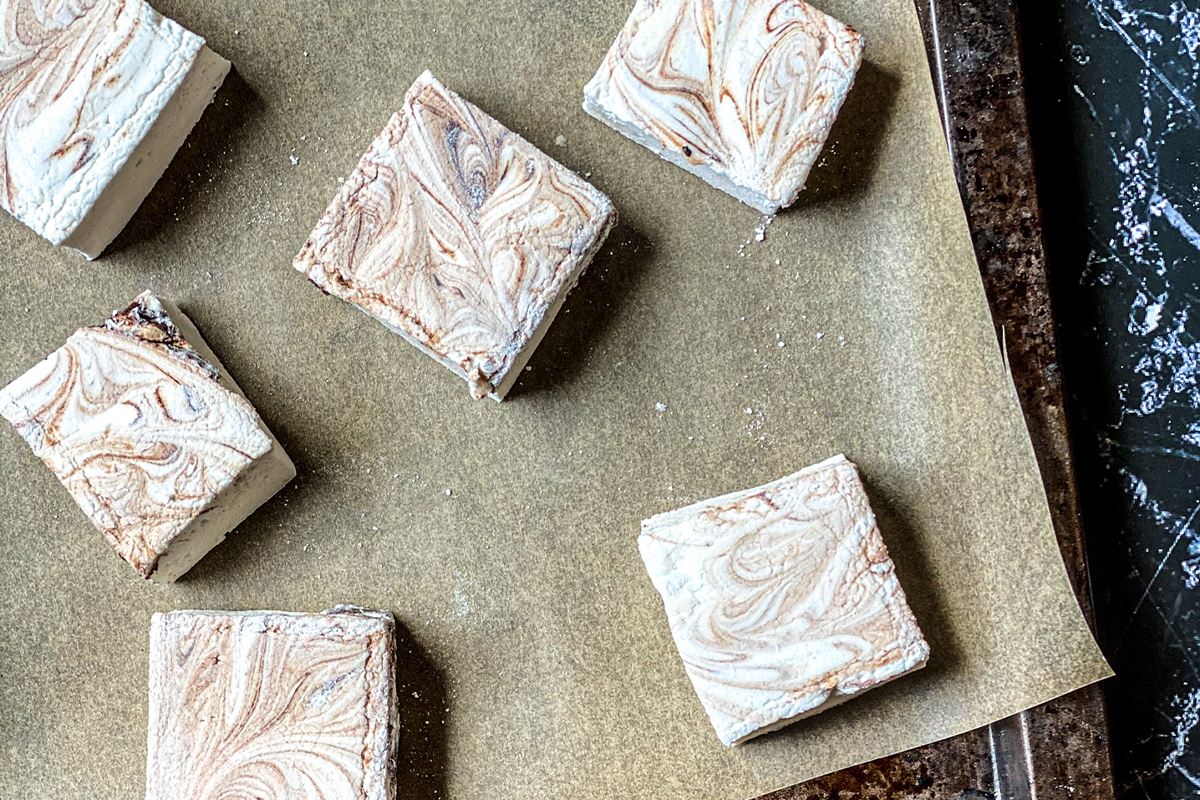 Homemade marshmallows are a game-changer. Once you make a batch for yourself, you will never want to go back to store-bought again.

These homemade treats are super simple to make and require very little ingredients. The main factor when making them: a whole lot of patience.

The good news about this recipe is that it makes a pretty big batch. Also, they store pretty well in the freezer. One batch could easily last you through most of the summer.

So, let’s talk about the details. To make the marshmallows you will need water, powdered gelatin, sugar, corn syrup, salt, and some vanilla. Half of the water goes into the gelatin to bloom, while the other half goes into a saucepan with the sugar, corn syrup, and salt. Bring the sugar mixture in the saucepan to 240 degrees. Then slowly add the sugar mixture into the bloomed gelatin and beat on high until it starts to get super fluffy. That’s when you add in the vanilla.

And that’s about it. See I told you it would be easy.

Now for this batch, I decided to experiment with some flavors. Let’s just say some worked better than others….

My attempt to make the marshmallows with a chocolate filling fell short. The chocolate just sank to the bottom when I hoped it would stay in the middle. While they didn’t do exactly what I wanted and looked rather bulky, they were still delicious (and even better toasted!).

However, the chocolate swirled marshmallows came out just as expected. The chocolate swirl gives the plain marshmallow a subtle burst of flavor. This could easily be done with pretty much anything. Think strawberry, mint, or cookies and cream. The options are endless.

Check out the recipe for the chocolate swirled marshmallows below and say goodbye to the store-bought brand!

This recipe was adapted from King Arthur’s Homemade Marshmallow Recipe.