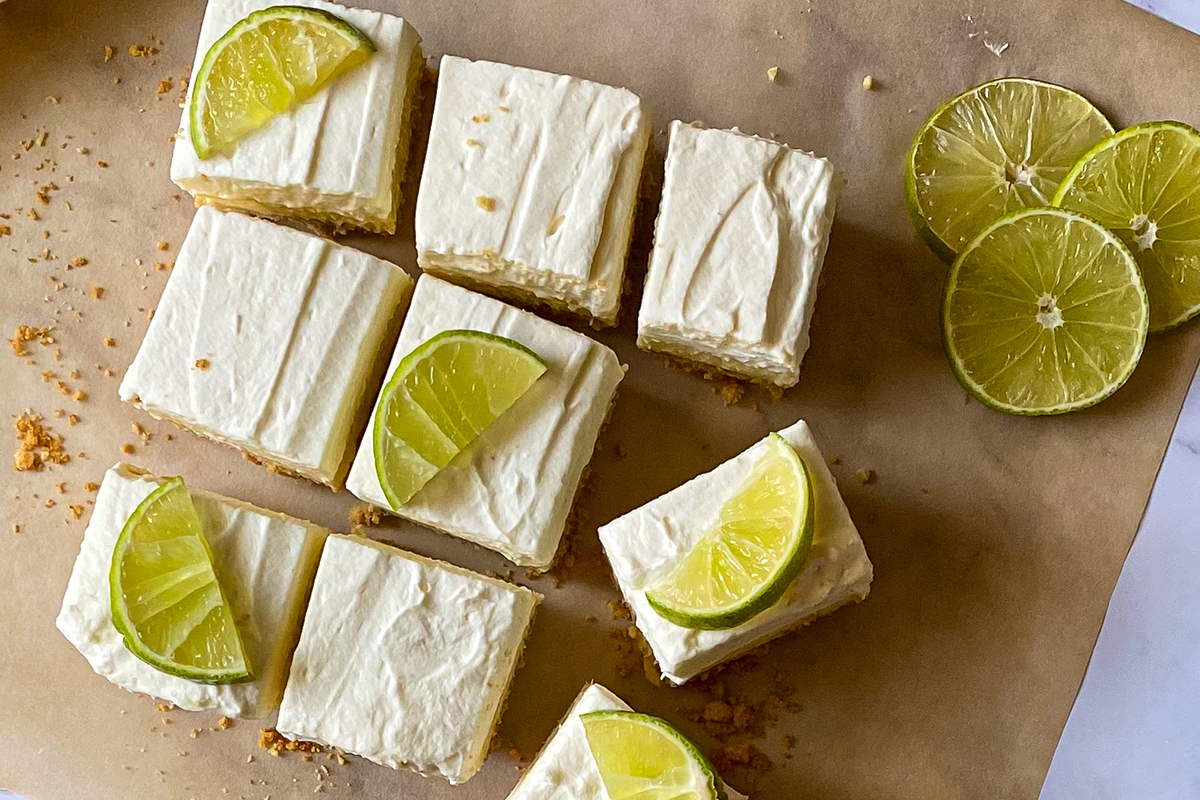 Key Lime Pie is all about the layers. A layer of crust, a layer of lime curd, and a heaping layer of whipped cream.  What more could you want? Well, all of the right ingredients first.

Back in April when groceries were still sparse, I attempted to make a key lime pie for my brother’s birthday. What sounded like an easy task turned out to be a curdled mess.

I didn’t have all of the ingredients and tried my best to make some substitutions. Turns out that swapping evaporated milk for sweetened condensed milk isn’t the same thing, even when following a recipe about the right subs to make.

After the pie debacle, I opted to make key lime pie bars. Even though I ditched the pie, I still went with the same classic formula for the dessert. A layer of crust, curd, and whipped cream. So, let’s talk about those layers.

The bottom layer of the key lime pie bars started with a graham cracker and Nilla Wafer mix. Next, the was the lime layer. I opted to use regular limes instead of key limes. Key limes can be difficult to find and regular limes tend to give off a similar enough flavor. Sure, you could use the juice from a bottle, but it tends to be super sweet and has a bunch of extra sugar in it. The zest and juice from a fresh lime work just as well and keeps the curd from being overly sweet. Finally, the layer of whipped cream. Now if you are short on time, you could use store-bought whipped cream. However, fresh and homemade whipped cream pushes the bars to the next level.

The Key Lime Pie Bars don’t take long to make. However, they do require some time in the fridge in order to get the layers to stay together. While it might be annoying to wait, it will be well worth it.

While Key Lime is a pretty classic flavor, these bars could definitely be made with any other citrus. Just think lemon curd or blood oranges in the winter.

Check out the recipe below! Hopefully, you won’t have any trouble finding all the ingredients!