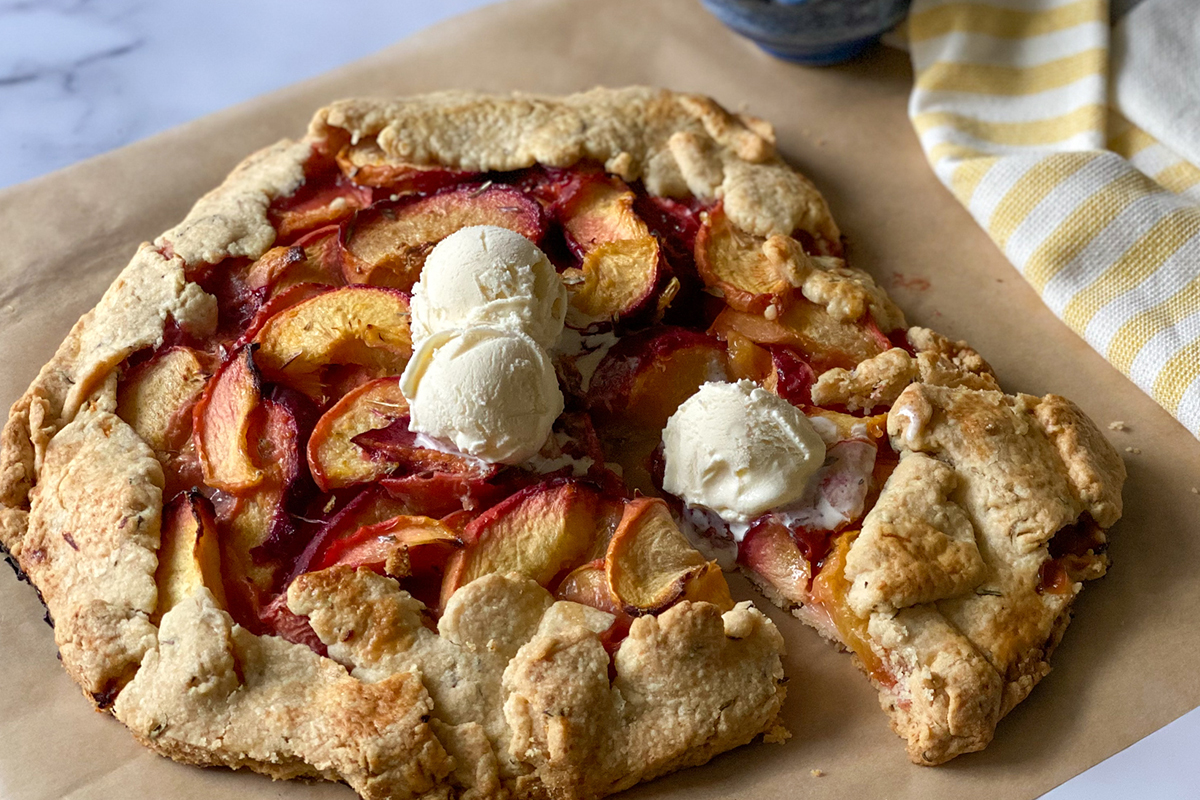 I know what you’re thinking, thyme in a dessert? Hear me out on this one. Peaches and thyme are a great combination. The thyme brings out the sweetness of the peaches but also gives the entire galette a subtle flavor.

Now let’s talk about the crust. Normally, I would just cut the butter into the flour using a fork or my hands. However, I stumbled across an interesting method from Bon Appetit that seemed easier and quicker and decided to give that a try.

They recommended cutting the butter into strips and basically just rolling it into the flour. This was a little messier but SO much easier. Once the butter starts to combine with the flour, something resembling a dough starts to form. From there, you just have to keep adjusting and rolling the butter and flour mixture until it fully comes together.

After the mixture came together, I was able to roll it out further, rotate it, and then fold it into itself to get the full flakey effect for the crust. This will form more layers and allow the butter to fully get involved.

The best part about this crust recipe? It doesn’t have to chill for a significant amount of time. I stuck it in the fridge while I was preparing the peaches, but it was ready to go once everything else was set.

This galette is the epitome of summer. Since it is rather savory it goes perfectly with a scoop of vanilla ice cream.

Check out the recipe below and let me know what you think! Don’t be afraid of herbs in your dessert!

This recipe was inspired by Bon Appetit’s Peach-Plum Galette.