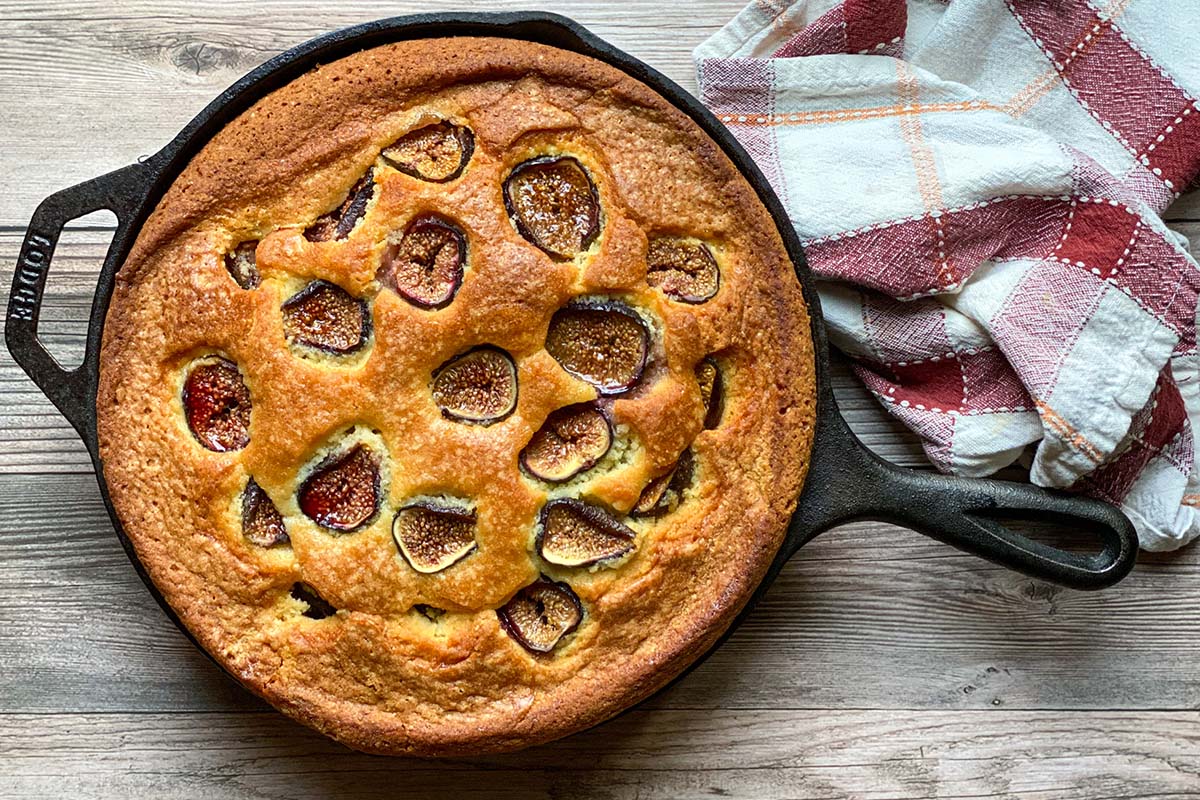 One of the only silver linings of the weather cooling down is fig season! When I saw those fresh containers of figs lining the shelves of Whole Foods I was instantly excited. I was a little disappointed that it meant summer was winding down, but all the possibilities of different recipes with figs brought my mood back up!

Figs are great because they are SO versatile. They can be sweet, savory, eaten raw, or cooked. You pretty much can’t go wrong with figs.

The only downside to fresh figs is that they have a pretty short shelf life. Because of this, you’ve got to use them fast! Since I did not expect to see them in the store, they were definitely an impulse buy. I didn’t really think it through as to what I would put them in. All I knew is that I wanted to bake them into something.

With some quick thinking and a quick scroll on Instagram for some inspiration, an idea was quickly reached. I decided to take the simple cake batter from my classic Apple Cake and replace the apples with figs. The two seemed like a great pair. In addition to the batter, I thought the cake might be even better cooked in a cast-iron skillet.

Turns out, this is the easiest cake to make! The batter is super simple and you probably have all of the ingredients in your pantry. Bonus! It can easily be made in one bowl.

Once the batter was ready to go, I sliced the figs into quarters. While I was doing this, I stuck the cast-iron skillet into the oven in order to get it hot. I took a similar approach for prepping the cake pan as I would when cooking a Dutch Baby. When the skillet was pretty warm, I took a heaping tablespoon of butter and let it melt in the pan.

After the butter melted, I quickly removed the pan from the oven and poured in the batter. With the batter set, I scatted the sliced figs around the top of the pan making sure to cover the top.

The fig skillet cake was a hit! It was moist on the inside, a little crispy on the outside, and was filled with perfectly caramelized figs. It is something I would definitely make again!

Check out the recipe below for the fig cake and make sure to make this cake while figs are still in season!